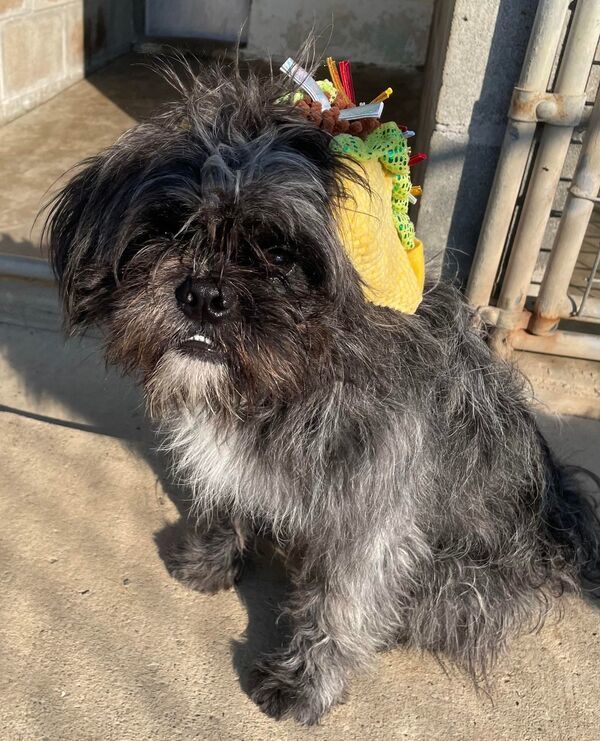 Sweet Mystery arrived at our shelter with his brother after they were found abandoned in a rental home. He is a one-year-old, neutered terrier mix. Due to lack of socialization while they were growing up, the boys were displaying Littermate Syndrome* and needed to be separated. Since our shelter is at capacity, we didn’t have room to give them their own space. Marvin picked Mystery because he was “so ugly he was cute!” and he knew that he could help him learn how to be more confident and the best good boy that he can be! Mystery is very sweet and loves other dogs so he would do well in a home with a dog, but cannot be placed in a new home with his brother.

Littermate Syndrome in dogs occurs when two puppies from the same litter living together develop such a strong attachment to each other that it interferes with their ability to interact in a normal manner with other people, other dogs, or any situation where they are not together.

Stay tuned for updates about Mystery’s training journey with Marvin!

P.S. His picture is from a Halloween photo shoot where he donned a taco costume.